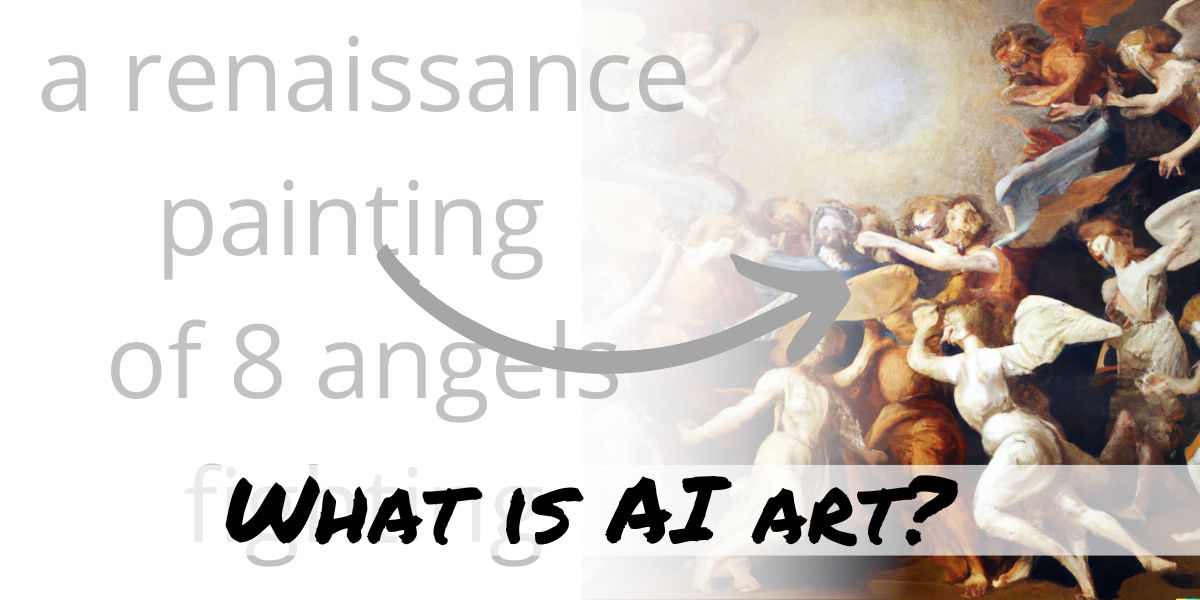 You may have heard of AI art, or art created with the assistance of artificial intelligence. A lot of my friends are talking about it, and many more are asking me for my particular opinion on what I think about AI art. It’s a hot button topic for sure, so I’m answering a few questions you may have about the tools and my particular take on AI art.

The premise is very simple: Type in words, get art out.

That’s all there is to it! AI generators like Midjourney and DALL-E 2 all function on this alone. Type in a few words via text, and out pops a range of images that may, or may not, be what you were looking for. Anyone can use it (provided you wait long enough on the invite list) and the images that are returned are not copyrighted to anyone (machines cannot copyright artworks) so can be used in a variety of manners.

Much like working Google, there are some people that are better than others at working the keywords that deliver good results. Some people believe that they can “craft” a text prompt to generate the desired output. Usually these are strings of style parameters, color prompts, compositional direction — that sort of thing. Some people share their prompts, and others closely guard them.

This person used the prompt: “Crimson gothic rococo gown. Photorealistic. 8k. Lot of details. –ar 5:9” and the results are quite gorgeous:

And the problem is…

To the average person, this seems like an absolute dream. Type in text, get picture out, feel like you “made” something without ever actually having to do all of that nasty work of studying and practicing to get good at art.

For a long time — and maybe even some people still believe this — digital art was thought to be exactly this. Press a button, get a beautiful output. Since digital art has been more normalized over the years, many people know it’s not that simple — the computer is not completing brush strokes for you. AI art, however, is almost exactly that. The dilution in the digital art sphere will be troublesome… At least until we have methods in place to identify AI assisted artwork and new categories for it.

But the issue is bigger than that

That’s only the tip of the iceberg when it comes to AI artwork and the problems it will face.

An AI can’t just “make” something out of thin air. It needs to have what are called “seed images” fed to it which give it context. For example, Alexandre Cabanel’s “Fallen Angel” would be fed to an AI and described in a variety of ways textually, and the AI would need to pick apart the aspects of the work — wings, Lucifer, tear drop, angel, lounging, muscular male, nude, renaissance style, etc etc. There may also be an algorithm in play that picks apart the specific nuances of this work so it can categorize it as a basis for generation when specific keywords are selected by the user.

While it is not entirely certain what kinds of catalogues Midjourney and DALL-E 2 are using for their seed images, it is expected that they are likely using categories of works that fall under public domain — usually high quality museum or preservation photos. Since those works are in the public domain, they are free to use for whatever. No singular person owns the copyright to them. But what happens when these AI programs are allowed to index things as they see fit? What if they go straight for Google Image Search and use everything on it as a seed image?

AI artwork platform Stable Diffusion does just that. Open source and without guardrails for, say, preventing deepfakes of nudes of celebrities, or violent photos of political parties, Stable Diffusion has been trawling Pinterest for seed images.

This doesn’t sound too bad until you start to think: is it fair that an artist’s work can be used without their permission for this purpose? Many of these AI artwork generators can utilize style prompts, and do so quite well. Artists who are living and breathing trying to make a living off of commissions can be entirely bypassed. If an AI artwork generator can give you an artwork that is “in the style of Claude Monet” why wouldn’t you also be able to get artworks “in the style of Yayoi Kusama” (a living artist) or “in the style of Emily Hare” (also a living artist)?

Many artists are already seeing just such an issue, and it is, of course, concerning. Artists spend an entire lifetime practicing, getting good at drawing what they do, working out their style, spending money on classes, and art supplies, and picking up tricks until eventually people will want to hire them to draw. To have a computer strip all of that away, pluck specific things from their style to work with, and then produce an output that may be shockingly similar to what the artist themselves would produce is, at the least, disheartening. At the worst, it could take jobs away from artists who deserve every penny and then some of what they’re paid.

Conversely, an AI cannot dream the way a human can. It cannot produce vivid ideas, and as of right now struggles with faces, teeth, and symmetry (though these are bound to get better), which also having difficulty understanding composition. Right now, using an AI tool requires a lot of curation and time spent with the programs to get something exactly how you want it.

As the tools progress, they will only get better, and the outputs will be less discernable from something an artist actually made and what the AI spit out. Just like looking out for deepfakes on the internet, we’re looking into a future where it may be difficult to determine what is real and what is fake at first glance.

What I think of AI art

Personally, I think the AI art tool is great as just that — a tool. A lot of artists are looking at it as something you can use to get you halfway there. Many artists are using AI outputs as starting points and ways to visualize new ideas or concepts, and then they incorporate some of those into their piece, or even redraw the piece entirely based on what the AI has produced using their prompt.

What we are bound to see is people who would not pay a living wage for art to begin with (“Why are your prices so high? It’s just a drawing!”) start to get art from the AI for free for them to use wherever they want. The people who actually pay for art, and pay well for art, will never utilize AI to produce say… Magic the Gathering cards, or concept art for World of Warcraft. Essentially, anyone that would use a stock photo service would probably use this to generate anything on a whim and use it.

We’re also going to see a lot of people demanding transparency when it comes to AI art; new categories will be created for “AI assisted” works, like what happened recently in that state fair art competition.

How I’ve used AI art — and what I learned

My first thought when I learned about this tool was one I’m sure a lot of people don’t have. I was wondering, since I load alternative text for all of my images on my site… Could I produce similar artworks based on just my already existing alternative text? If alt text helps a blind person understand what’s in a photo, couldn’t an AI use it to craft something like that photo?

I tried a few. It’s important to note that I used DALL-E 2 to produce these, and DALL-E 2 doesn’t allow for prompts that contain nudity or violence. I learned this by typing in “male, nude, back to the camera” and “covered in blood” — both of which it warned me was against TOS. Having to either find suitable works or work around those specific words (“covered in red”) can be a challenge, but isn’t impossible.

The prompt: “A man, partially clad in armor, with long hair, reaching back to pull a ghostly, outlined glowing sword from a scabbard on his back, nestled between massive black and white wings”

The prompt: “A male-presenting, pale mermaid washed up along the ocean shore. He is tangled in fishing lines. Ocean waves roll over and under him as his body lies on the sand. He has stark white hair.”

The prompt: “A man, lying facing the viewer, eyes wide as he lays in bed, partially covered by a bedsheet. In the background is an opened door with a shadow of a person just outside of it”

I myself have not been able to produce anything that I would use — AI just doesn’t seem to understand my style. But I’ve had better luck feeding my own images as seeds:

I think in the end things will shake out OK and it will just become another tool. But understandably, it’s hard for a lot of artists to sit and watch people who have never picked up a pencil in their life make things using a text prompt and borrowed art styles and then act like they’ve made it with their own two practiced hands.

What do you think?