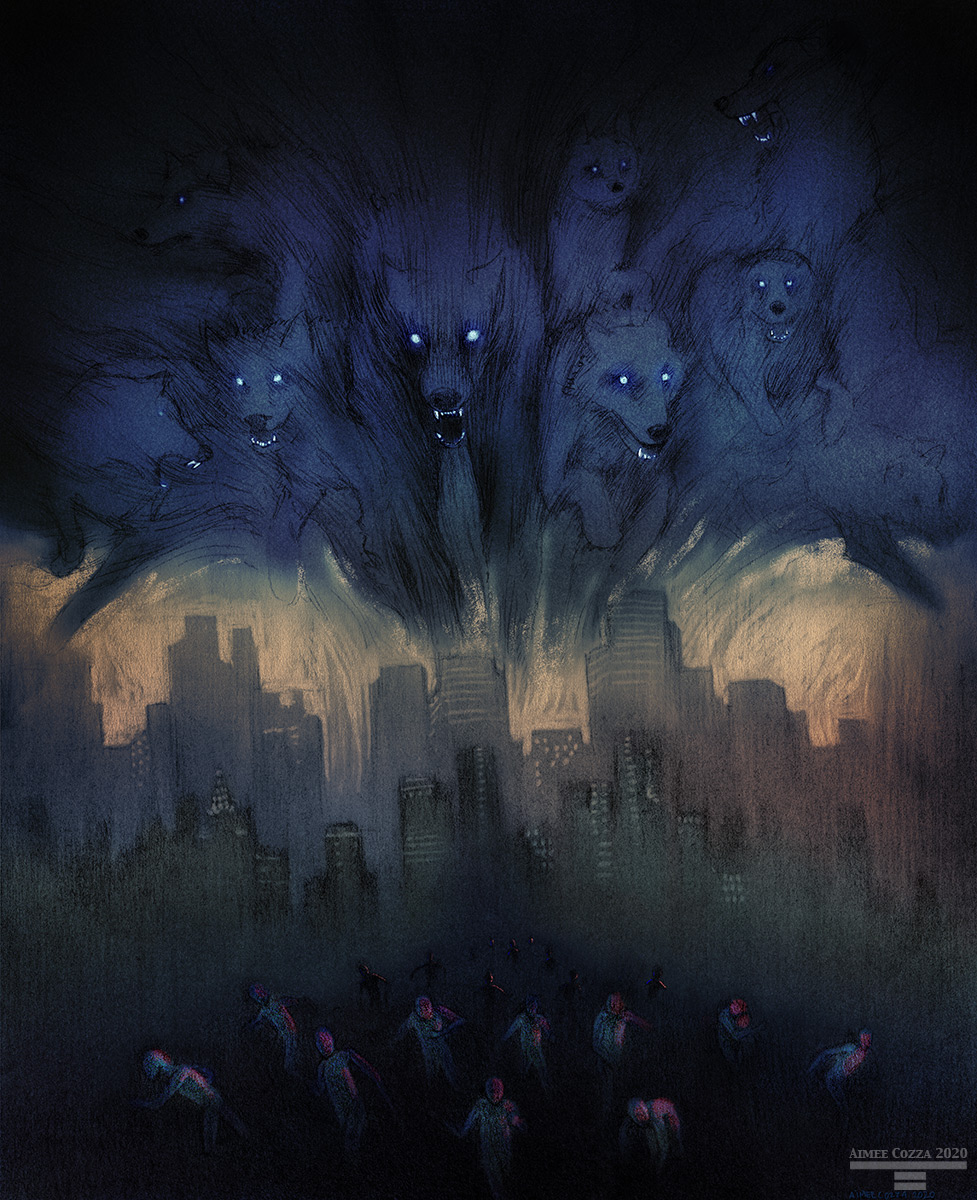 I know you’re probably groaning if you’re opening this or getting it in your email, because it seems everyone has something to say about the current events of the world right now. I have seen a lot of things, as many of us have, and I have read even more. I have “opinions” of things that not everyone will agree with, but I suppose I should just say it: Black Lives Matter.

There’s no “but” statement to that. And there shouldn’t be.

The fact is that it’s sad we’ve let this go for so long, and I really, really hope this time we can enact real, tangible change for the better.

If you’re a white person (like me) and you’re rolling your eyes because of course this stupid artist can’t just shut up and make pretty pictures, I just want to not-so-gently remind you that a lot of art is political, and a lot more of it deals with events of the times. Oh, and I’ve dealt with issues regarding gender roles, celebrated Pride, dove into toxic masculinity, sexual abuse and assault (as well as drug addiction because of it), mental illnesses, and even became a “Nasty Woman”… But perhaps you may have just not noticed.

While I’m not going to dive into the intricacies about police violence, my personal opinions on what I think should be done to dismantle white supremacy, or any of that stuff, it’s a big topic during a mid-pandemic world, and in my latest piece, titled “The Wolves Descend”, I intended to bring some of that into an illustrative sense.

About The Wolves Descend

The Wolves Descend is a digitally altered graphite drawing depicting the views of many about America’s police and law enforcement systems, especially in places with higher population densities (i.e. cities). It also depicts the current protests, and how they are being met with more violence from police forces that are easily overpowering ordinary people. Every day is a new video of unarmed protestors being tear-gassed or pepper-sprayed at point blank range, of rubber bullets tearing up the faces of journalists and protestors alike, resulting in the permanent loss of vision or even whole eyes, of authorities choke-holding men and women and children, mostly of color, to subdue them, of a 75 year old man being pushed to the ground, his head viciously cracking open like an egg. It is hard not to view what is supposed to be a force that protects and serves the community as a pack of wild animals when faced with these terrible videos; my town had snipers camp out on the roof of a nearby business they were so terrified of the protests. This is 2020.

As I was watching violence unfolding, video after video, night after night, I kept thinking about darkness, a storm, about it swallowing up a city whole, about the way tear gas rolled in like ominous fog clouds. I kept coming back to this idea of the “Big Bad Wolf” — like that we’ve heard about in Little Red Riding Hood, the oversized, overpowered wolf that puts on Granny’s clothing in order to get closer to Red, intending to swallow her up.

But there is not one Big Bad Wolf here. There are hundreds. There are thousands. They are amidst all of our cities and towns.

Let’s back up for a second. A wolf, or a pack of wolves, is not inherently bad. Wolves are often much needed parts of an animal society, bringing balance. When wolves were reintroduced to Yellowstone National Park in 1995, they brought a much needed change, effectively “saving” the park. It’s not to say that wolves are bad, as they are not. The idea of a wolf can strike fear, if you hear one in the wild or see one, or respect, or any other variation of emotion. We have also romanticized the idea of wolves; many of us want to own wolves as pets, or boast owning a “half-wolf” or “part-wolf” dog.

Wolves also roam in packs, akin to a union, standing behind the choices of the leader. While yes, there may be some dissenters, as our wolves to the left and right may be, either fighting for a higher area on the pecking order or dissenting entirely, more or less the pack does as its highest member decides.

Wolves live in a variety of climates, all around the world. They come in all sizes, all shapes, and all colors. Some may even work without the backing of a pack, with their sharp teeth and claws.

Police also loosed dogs on black protestors in the 60s. Don’t forget that.

I decided this animal seemed best to represent the looming threat of the police force over the city, the town, the protestors.

What can you do when you see a pack of wolves that can run faster than you, can hurt you, can kill you, can block off your exit? What do you do when you’ve come intending nothing but peace, and the wolves are out for a meal?

Or else you feel their teeth. If you’re lucky they maim you. Otherwise they’ll kill you.

Have you ever been outside just before a storm, especially in the summer time, and the sky turns this yellowish-orange tint, bathing everything in it? These particularly chromatic skies often indicate the incoming worst of storms — tornadoes, for example, may boast a green sky before. A yellow-orange, peachy sky is eerie, many of us agree.

We all know what blue stands for. Blue is the adopted color of the American police force. Sometimes they also use red in their flashing lights, and bathing my protestors in their color of choice, indicating the impending, oncoming police presence as people desperately try to disperse was important to me. I darkened the wolves in the clouds to ensure the storm-like quality, and extended the shadow over my protestors. The wolves are nearly atop of them, you see, ready to swallow them whole.

My protestors should be more or less all one color, all one shape — uniform, equal, the same. To these wolves we are faceless heathens and tasty morsels for their brutality. It does not matter to them if you are young or old, what gender you identify as, what color your skin is (In reality it is true that the police are being much less violent with white protestors than with black ones), how tall or short you are, if you are pregnant. The wolves only care to sink their teeth in and push you back into your place.

But there’s something they should know. There’s more of us than there is of them.

“The Wolves Descend” is available on inPRNT. All proceeds from this print will be donated to the ACLU.